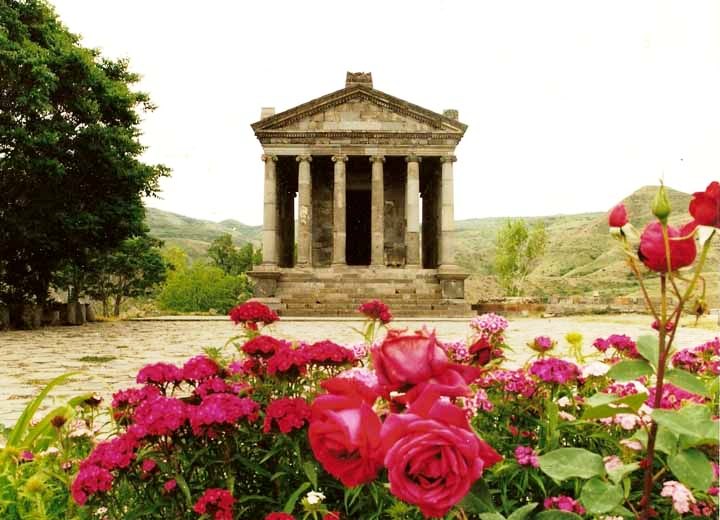 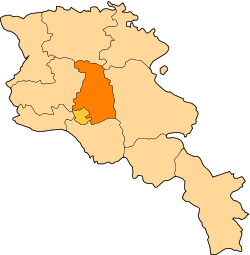 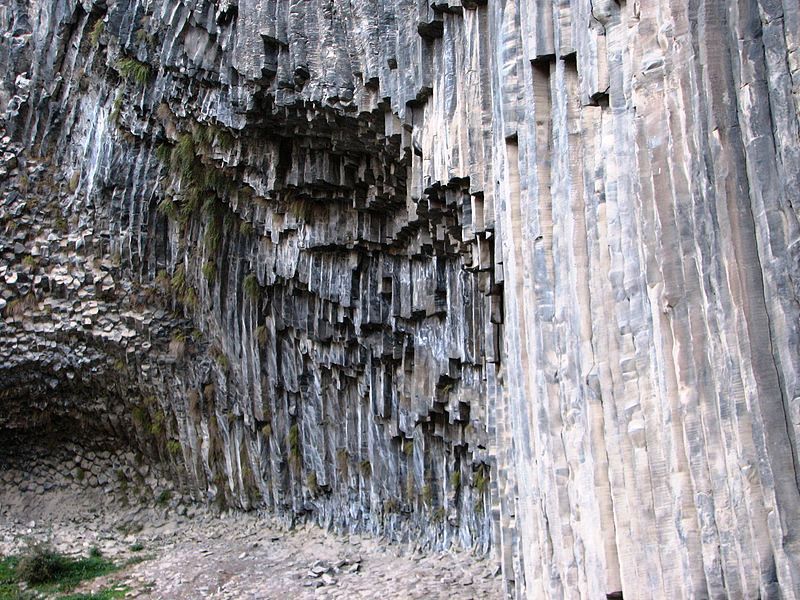 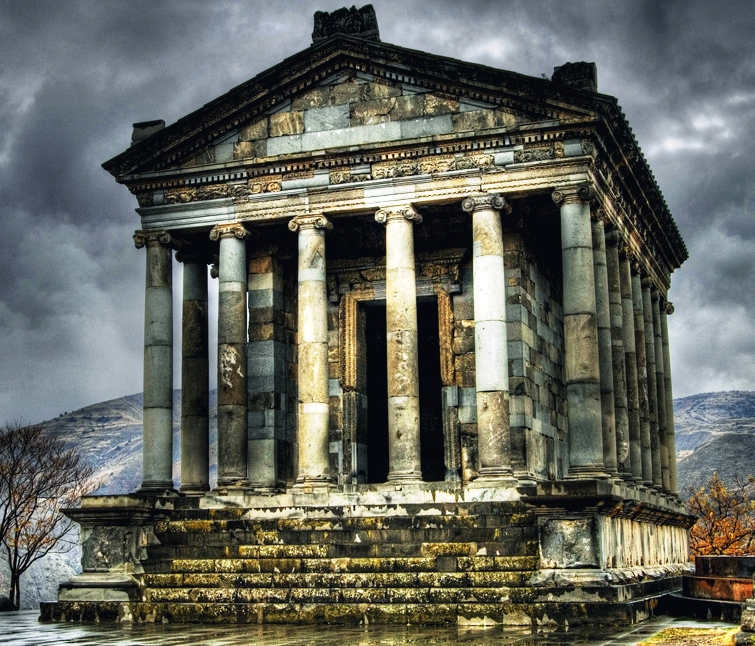 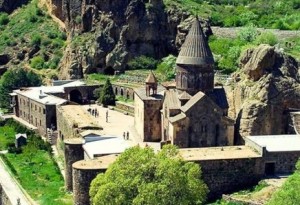 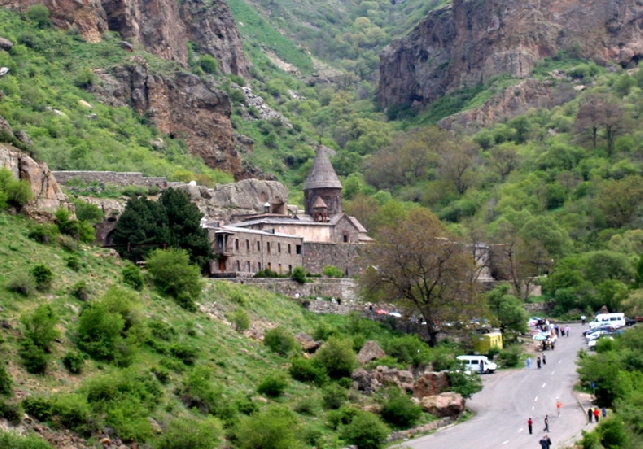 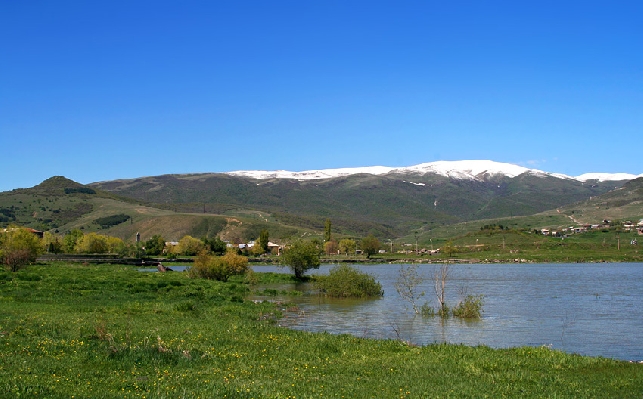 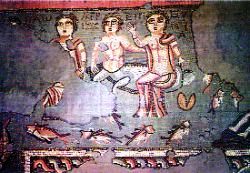 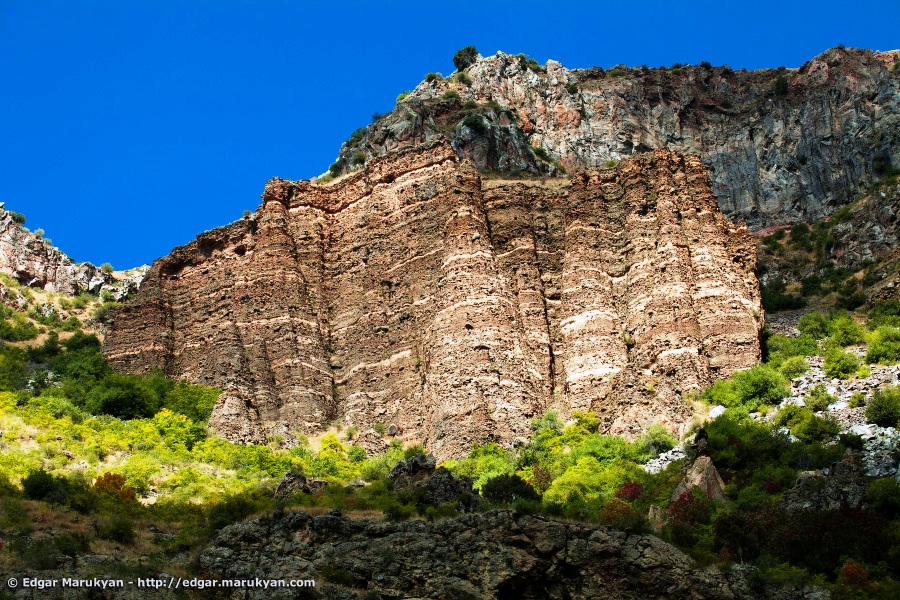 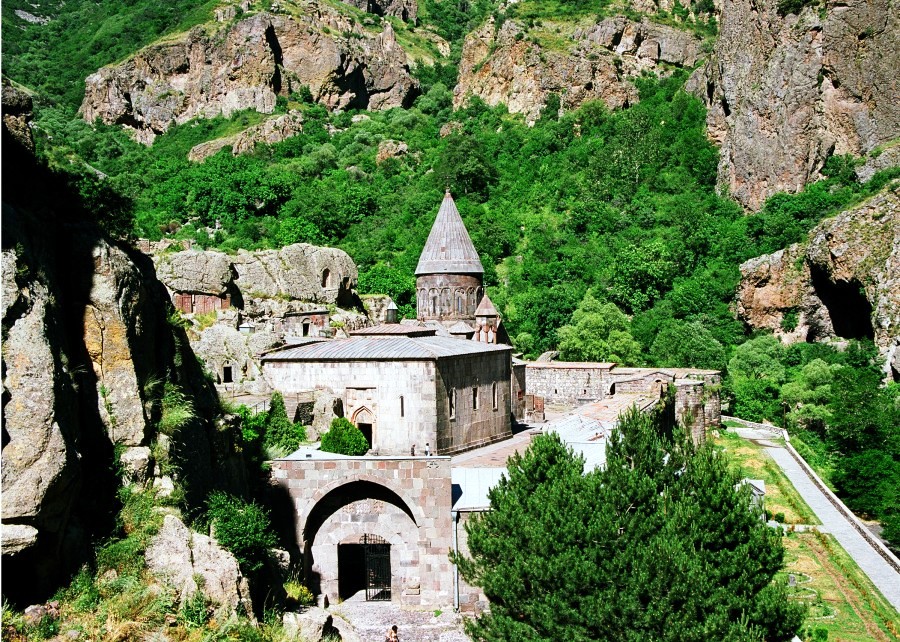 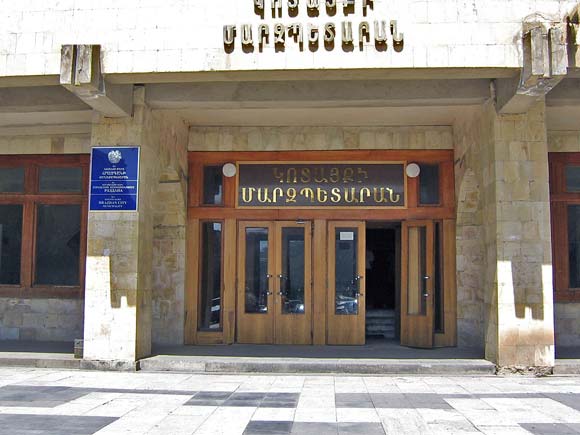 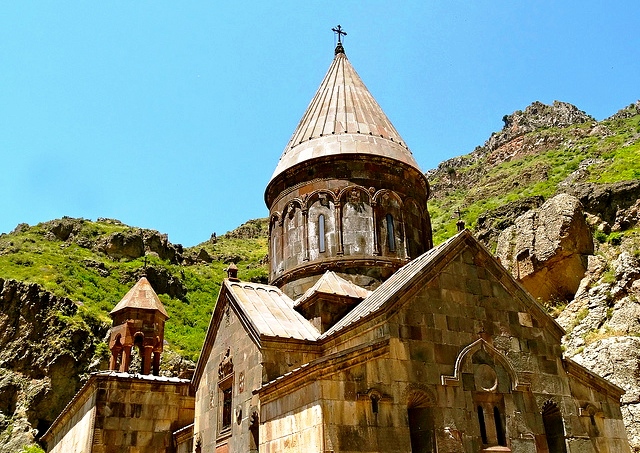 Kotayk (Armenian: Կոտայք, Armenian pronunciation: [kɔˈtɑjkʰ]), is a province (marz) of Armenia. It is located at the central part of the country. Its capital is Hrazdan and the largest city is Abovyan. It is named after the Kotayk canton of the historic Ayrarat province of Ancient Armenia.

The province is home to many ancient landmarks and tourist attractions in Armenia including the 1st-century Temple of Garni, the medieval Bjni Fortress, 11th-century Kecharis Monastery and the 13th-century monastery of Geghard. Kotayk is also home to the popular winter sports resort and the spa-town of Tsaghkadzor and the mountain resort of Agveran.

Kotayk Province is named after the historic Kotayk canton of the historic Ayrarat province of Ancient Armenia, directly ruled by the royal Arsacid dynasty.

Kotayk was first mentioned as an Armenian region by Ptolemy as Kotakene. According to Movses Khorenatsi, the name Kotayk is derived from an ancient nearby settlement called Kutis.

View of the Voghjaberd mountains at the southeast of Kotayk

Historically, the current territory of the en.wikipedia.org/…ki/Gegharkunik_Provinceprovince mainly occupies parts of theAragatsotn, Kotayk and Varazhnunik cantons of Ayrarat province of Ancient Armenia.

Kotayk occupies the northeastern part of the Ararat plain. The Kotayk plain located between Hrazdan and Azat rivers has a height of 1200-1500 meters above see level. It is dominated by the Gegham mountains from the northeast including the mountains of Azhdahak, Hatis and Gutanasar. The province approximates the Pambak mountains at the north, while the Tsaghkunyats mountains lie at the west, and the Voghjaberd mountains at the southwest of Kotayk.

Affected by the Gegham volcanoes, the land relief of Kotayk is covered with lava and tufa.

Hrazdan, Getar and Azat are the 3 major rivers of the province. Lake Akna) located at a height of 3032 meters, is the only lake in the province.

Zovuni village has a majority of Armenians, along with Yazidi and Molokan minorities

With a population of 7,198, the village of Jrvezh is the largest rural municipality of Kotayk.

The majority of Kotayk Province are ethnic Armenians who belong to the Armenian Apostolic Church. The regulating body of the church is the Diocese of Kotayk, headed by Archbishop Arakel Karamyan. The Kecharis Monastery in Tsaghkadzor is the seat of the diocese.

Zovuni and Alapars have a significant number of Russian Molokans.

Hankavan has a majority of Greeks, while the village of Arzni is predominantly populated by Assyrians.

Kotayk is a major centre for agricultural products and cattle-breeding in Armenia, forming 6% of the annual total agricultural product of Armenia. Around 74% (1,546.4 km²) of the total area of the province are arable lands, out of which 24.4% (378 km²) are ploughed. A total of 36,125 farms in Kotayk are operated by the private sector or through cooperatives.

The agricultural products of the province are divided as follows: 40% provided by cattle-breeding 40%, 14% by tobacco processing, 10% by fruits, 8% by vegetables, 28% by other products including grains and dry grains. The orchards mainly produce grapes, apricot, peach and apple.

Around 40% of the farmlands are irrigated, mainly through the Kanaker Hydroelectric Power Station canal and the Kotayk canal of Sevan–Hrazdan Cascade.

Kotayk was a major industrial centre during the Soviet period. The towns of Byureghavan, Charentsavan, Nor Hachen, Hrazdan and Abovyan were founded by the USSR government between the 1940s and the 1960s to promote the industrial capacity of the Armenian SSR. However very few industrial plants survived after the independence of Armenia. Currently, the province has a contribution of 13.5% in the annual total industrial product of Armenia.

Being located at the eastern suburbs of Yerevan, the village of Jrvezh is home to a large number of industrial firms including: a factory for plastic products, the Garni mineral water factory, and a wine factory.

Other major industrial firms located in the villages of the province include the “Glanzh Alco” company for wine, brandy and vodka production in Aramus, the Proshyan factory for wine, vodka, brandy and liqueurs, the “Ptghni Gold” wine factory in Ptghni, the “Bacon” company for meet products in Arzni, and a mechanical enterprise for electrical machines inBalahovit.

Tsaghkadzor spa town is a popular mountain resort in Kotayk with its several hotels and sanatoriums. The Tsaghkadzor ski resort is a major destination for the lovers of winter sports. Many luxury hotels and resorts serve the town during the summer and winter seasons including the Marriott Tsaghkadzor Hotel, Multi Rest House Hotel, Golden Palace Hotel and Resort and Best Western Alva Hotel and Spa. The “Senator Royale” casino of Tsaghkadzor is among the largest entertainment centers in Armenia.

The monastery of Geghard located at the south of province is a UNESCO World Heritage Site, designated as the Monastery of Geghard and the Upper Azat Valley. The pagan Temple of Garni and the medieval Kecharis Monastery are also among the attractive monuments of the province.

The province has 3 nature protected areas: the Erenbuni State Reserve, the Arzakan-Meghradzor Sanctuary and the Banks’ Pine Grove Sanctuary.