Shirak (Armenian: Շիրակ, Armenian pronunciation: [ʃiˈɾɑk]), is a province (marz) of Armenia. It is located in the north-west of the country, bordering Turkey in the west and Georgia in the north. Its capital and largest city is Gyumri. It is as much semi-desert as it is mountain meadow or high alpine. In the south, the high steppes crash into mountain terrain, verdant green in the spring, hues of reddish brown in the summer. The province is served by the Shirak International Airport of Gyumri.

Shirak Province is named after the Shirak canton of the historic Ayrarat province of Ancient Armenia, ruled by the Kamsarakan noble family between the 3rd and 8th centuries.

According to Movses Khorenatsi, the name Shirak is derived from Shara, who was the great grandson of Hayk the legendary patriarch and founder of the Armenian nation. However, according to the Shirak Regional Museum, many historians assume that the name is derived from the name Eriakhi found in an ancient Urartian cuneiform, where kingArgishti I narrated about his invasion of the land of Eriakhi.

Historically, the current territory of the province mainly occupies the Shirak canton of Ayrarat province of Ancient Armenia.

Shirak is mainly dominated by the Ashotsk Plateue (1900 to 2100 meters height) at the north and the Shirak Plain (1400 to 1800 meters height) at the centre and south of the province. The vast plains of the province are surrounded with the Bazum and Pambak mountains from the east, Javakheti Range and Yeghnakhagh mountains from the north and the Aragats mass from the south. Akhurian River at the east, separates Shirak from the Kars Province of Turkey.

Akhurian River with its reservoir is the main water resource in the province. Lake Arpi at the northwest of Shirak is the only lake of the province.

Shirak is rich with tufa, pumice and limestone.

The climate is characterized with extremely cold snowy winters and mild summers.

The annual precipitation level can reach up to 700 mm.

Many ancient human settlements were found at the Akhurian valley dating back to around 9000 BC. The territory of Shirak has been settled since the early Stone Age. At the higher areas that are above 2000 meters, many remains were found from the early Bronze Age. Other remains from the 2nd millennium BC, revealed that a civilization was founded between the 20th and 12th centuries BC. Wuth the start of the Iron Age during the 12th century BC, the relations among the ethnic groups of Armenian Highland has been developed. Soon after the establishment of the Urartu Kingdom of Van at the end of the 9th century BC, Shirak became part of the kingdom. 2 cuneiform scripts have been found in Shirak left by King Argishti I (786-764 BC), where he narrates about the invasion of the land of Eriakhi (the name that Shirak is derived from, according to many historians). According to the scripts, the region was home to a well developed civilization based on agriculture and cattle-breeding.

Satrapy of Armenia and the ancient Armenian Kingdom 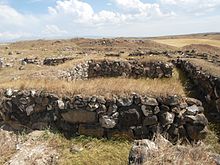 During the 1st century AD, Shirak was granted to the Kamsarakan family, who ruled the region during the Arsacid Kingdom of Armenia.

Following the partition of Armenia in 387 between the Byzantines and the Persians, and as a result of the fall of the Arsacid Kingdom of Armenia in 428, the region of Shirak became part of the Sasanian Empire of Persia.

However, Shirak is home to many early examples of the Armenian church architecture dating back to the 5th century, including theYererouk, the Saint Mariné Church of Artik, and the Hokevank Monastery.

In 658 AD, during the height of the Arab Islamic invasions, Shirak -along with the rest of the Armenian territories- was conquered during the Muslim conquest of Persia, as it was part of Persian-ruled Armenia. It became part of the Emirate of Armenia under the Umayyad Caliphate. However, the Kamsarakan family continued to rule the region under the Arab Islamic rule of Armenia.

By the foundation of the Bagratid Kingdom of Armenia in 885, Shirak entered e new era of growth and progress, particularly when the city of Ani of Shirak became the capital of the kingdom in 961. By the second half of the 10th century, Shirak was under the influence of the Armenian Pahlavuni family, who were descendents of the Kamsarakans. The Bahlavunis had a greta contribution in the progress of Shirak with the foundation of many fortresses, monastic complexes, educational institutions, etc. The monasteries of Khtzkonk, Harichavank,Marmashen and Horomos were among the prominent religious and educational centres of medieval Armenia.

After the fall of Armenia to the Byzantines Empire in 1045 and later to the Seljuk invaders in 1064, the region entered an era of downfall in all social, educational and cultural aspects.

Shirak has flourished again under the Zakarid rule by the beginning of the 13th century. The region was developed as a trade centre between the east and the west. 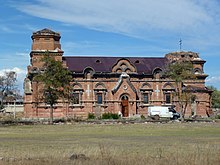 With a population of 4,838, the village of Azatan is the largest rural municipality of Shirak.

The majority of the Shirak Province population are ethnic Armenians who belong to the Armenian Apostolic Church. The regulating body of the church is the Diocese of Shirak, headed by Bishop Mikayel Ajapahyan. The Cathedral of the Holy Mother of God in Gyumri is the seat of the diocese.

However, there is a minority of Armenian Catholics, mainly in the villages of Arevik, Arpeni, Bavra, Ghazanchi, Marmashen, Mets Sepasar Panik and Sizavet. The city of Gyumri and the village of Azatan are also home to few members of the Armenian Catholic Church.

The small village of Shirakavan has around 30 Yazidis.

The economy of the province is mainly based on agriculture, including farming and cattle-breeding. It has a share of 11.6% in the annual total agricultural product of Armenia. Around 80% (2,145.5 km²) of the total area of the province are arable lands, out of which 36.7% (787 km²) are ploughed.

The fertile Shirak plain is the largest producer of grains and potato in Armenia. The irrigation system in the province is highly developed. 9 water reservoirs of different sizes -with a total capacity of 673 million m³- are able to irrigate around 300 km² of farmlands.

Shirak is the 1st among the Armenian provinces in cattle-breeding business. There are also fish farming ponds near Gyumri and many rural communities. 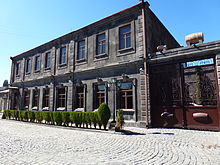 During the Soviet period, the region was a major industrial hub within the Armenian SSR. After the independence, the industrial sector of the region has drastically declined. Currently, Shirak is the largest producer of building materials in Armenia, mainly tufa stones andpumice. Currently, the province contributes by 3.5% in the annual total industrial product of Armenia.

The provincial centre Gyumri is home to a large hosiery manufacturing enterprise from the Soviet period. It also has the breweries of “Gyumri” and “Aleksandrapol”, 2 factories specialized in metal-plastic products, 2 electrical machines manufacturing enterprise, and a factory for chemical products. The nearby village of Akhuryan is home to the largest sugar factory in the Southern Cucasus region.

The town of Artik is famous for its tufa stones.It is home to many stone-processing factories including travertine, tufa and basalt. It also has the a metal casting factory.

During the Soviet period, the town of Maralik was a major industrial centre with a lights and electronics factory and 3 plants for building materials production. Currently, the only surviving plant in the town is the cotton-spinning factory.

Factories for dairy products are also found in Shirak, with the largest 2 firms are located in the villages of Azatan and Musayelyan.

The Progress University in Gyumri

Gyumri is the main educational centre of the province educational institutions. The city is home to 3 universities: